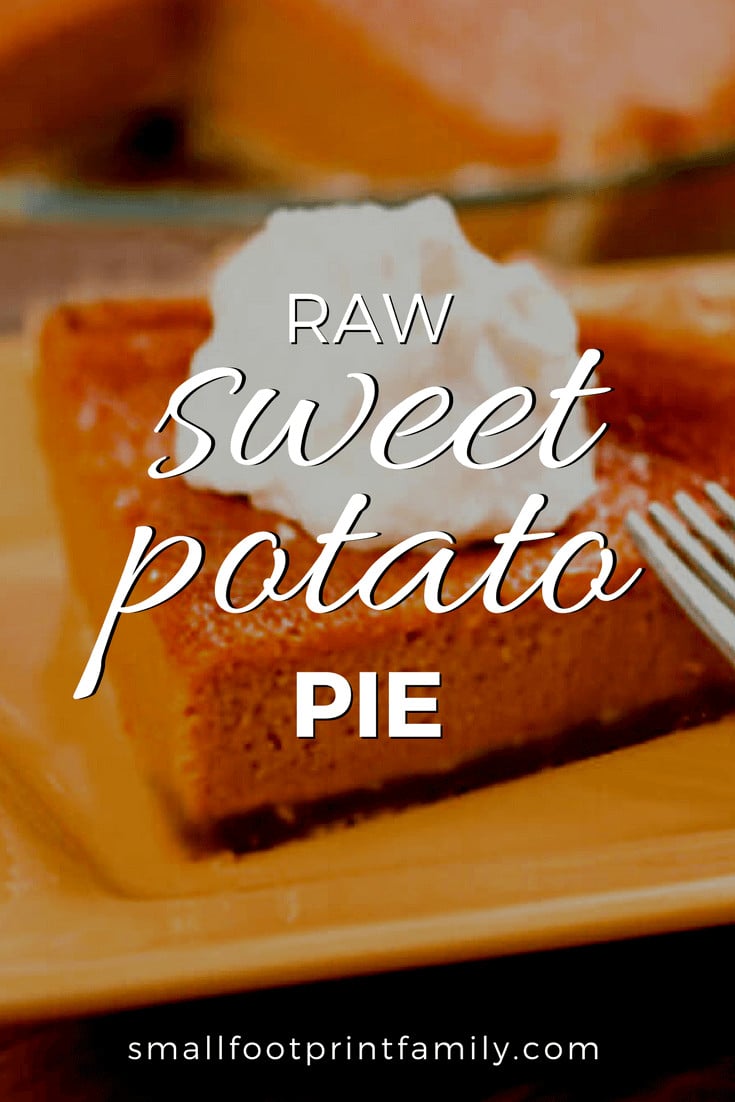 During the holidays, it is traditional to eat a lot of rich, cooked food: Turkey, ham or roast beef, mashed root vegetables with tons of butter, casseroles, soups, breads… By the time dessert comes, I am usually craving something sweet, but feeling far too full to indulge in another heavy dish.

So, this year I am lightening up the dessert course (and improving its nutrition!) by making raw sweet potato pie. Sweet and spicy like the Thanksgiving classic, but so much lighter and healthier after a decadent family meal—I think you will really enjoy this special holiday pie!

History of the Sweet Potato

Sweet potatoes belong to an entirely different food family than either yams or the common potato that is such a large part of the American diet. Most of the vegetables that are labeled “yams” in the United States are really orange-colored sweet potatoes.

While sweet potatoes and yams do look similar, once you experience the distinct taste and texture of the real African yam you will definitely know the difference, appreciating each of these root vegetables for their unique qualities.

Sweet potatoes are native to Central America and are one of the oldest vegetables known to man. They have been consumed since prehistoric times, and there are sweet potato relics dating back 10,000 years that have been discovered in Peruvian caves.

Christopher Columbus brought sweet potatoes back to Europe after his first voyage to the New World in 1492. By the 16th century, Spanish explorers had carried them to the Philippines, and the Portuguese to Africa, India, Indonesia and southern Asia.

Around this same time, sweet potatoes began to be cultivated in the southern United States, where they remain a staple food in traditional Southern cuisine (and where sweet potato pie has its roots.) In the mid-20th century, the orange-fleshed sweet potato was introduced to the United States and given the name “yam” to distinguish it from other sweet potatoes.

The purple-fleshed sweet potato contains anthocyanins, which are nutrients that have important antioxidant and anti-inflammatory properties. Particularly when passing through our digestive tract, anthocyanins may be able to lower the potential health risk posed by heavy metals and oxygen radicals.

In addition to tons of beta-carotene, sweet potatoes are also a great source of vitamin C and manganese, and a good source of copper, dietary fiber, vitamin B6, potassium and iron.

It’s important to add some fat to your sweet potato dishes if you want to enjoy the full nutrition benefits of this root vegetable. Recent research has shown that a minimum of 3-5 grams of fat per meal significantly increases our uptake of beta-carotene from sweet potatoes. Sweet potatoes are particularly yummy with coconut oil or grass-fed butter.

Choose sweet potatoes that are firm and do not have any cracks, bruises or soft spots. Avoid those that are displayed in the refrigerated section of the produce department because cold temperatures will ruin their taste.

Sweet potatoes should be stored in a cool, dark and well-ventilated place, where they will keep fresh for up to two weeks. Do not refrigerate them! Rather, keep sweet potatoes in a cool, dry, dark place not above 60 degrees F /15 degrees C, which is similar to the conditions in a root cellar.

Since most people don’t have root cellars, we’d suggest just keeping your sweet potatoes loose in a cotton or paper bag (not plastic), and storing them in a cool, dark, and well-ventilated cupboard away from sources of excess heat (like the stove). 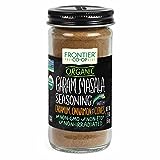 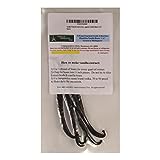