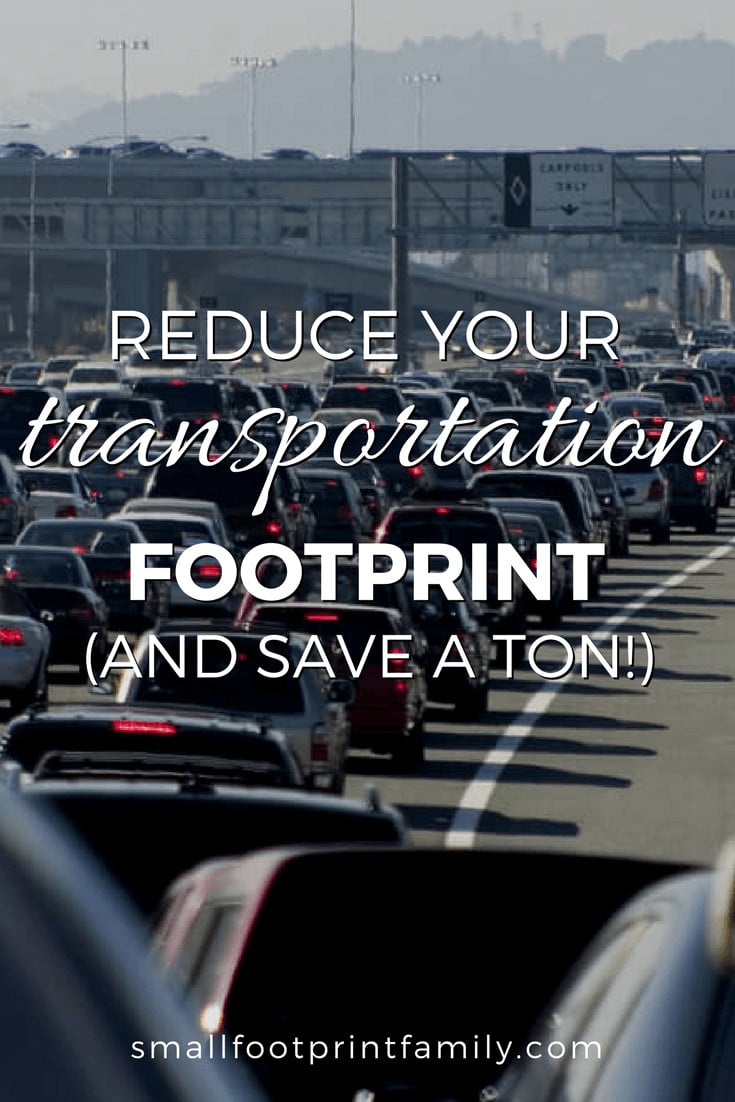 Nothing would protect the environment and decrease our dependence on oil more than taking steps to reduce your transportation footprint. Transportation accounts for more than 30 percent of U.S. carbon dioxide emissions.

In big cities like New York, Los Angeles, Chicago, Denver, and Washington, D.C., car pollution causes the grey smog that leads to hotter summers and those horrible orange, red and even purple air-quality days that cause asthma attacks in children and other health problems in adults.

Whatever you currently pay for gas does not even begin to cover the costs that the use of that fuel places on our economy. Americans end up wasting 1.9 billion gallons of gasoline just sitting in traffic jams every year. This costs American’s over $100 billion dollars per year in fuel alone.

Then, If you factor in all of the hidden costs (externalities like climate change due to CO2 emissions, health care and lost work and school days due to smog-induced illness, pollution remediation, etc.), then the actual cost per gallon for gas is much closer to $15 or $20 per gallon!

No matter how you cut it, we are paying the real costs for every gallon of gasoline, one way or the other.

The Cost of Commuting on Our Health

Ground-level ozone, or “smog,” is one of the most dangerous airborne pollutants. Smog is made when nitrogen oxide (NOx), a by-product of burning fossil fuels like gasoline, combines with volatile organic compounds (VOCs) in sunlight, and becomes a colorless, odorless, gas.

Because of the role that sunlight plays in its production, ground-level ozone is more prevalent during the sunny months, from about mid-May until mid-September, which is often called the “smog season.”

Every year, smog causes thousands of emergency room visits, costing our health care system millions of dollars to treat unnecessary respiratory illness. What’s worse is that about 9% of all non-accidental deaths are due to smog.

Children are particularly vulnerable to smog because their lungs are still developing. They also spend more physically active time outdoors, they breathe faster than adults and inhale more air per pound of body weight. Because they are shorter than adults, children are exposed to more vehicle exhaust and heavier pollutants that concentrate at lower levels in the air.

In fact, in children, smog has been found to:

Idling your vehicle is a major source of smog, and is particularly an issue at schools because many bus drivers and parents sit with their vehicles idling while waiting to pick up their children, creating a huge cloud of pollution for them to walk into as they leave the building.

This is compounded by the fact that smog is already at its daily peak at the time when most parents are picking up their kids.

TIP: If you are going to be stopped for more than 30 seconds (except in traffic), turn off your engine. Idling your vehicle for longer than 30 seconds uses more fuel than it would take to restart the vehicle.

Since ground level ozone and smog (not to mention tons of CO2) are created primarily by vehicles, the solution is simply to drive less, or travel in a vehicle that produces fewer or no emissions.

While living close enough to walk or bike to work is the healthiest, cheapest and most eco-friendly way to reduce your transportation footprint, public transportation and carpooling are very good, frugal choices, too. Imagine how much money you could save if you could own one less car!

Public transportation has the added benefit of creating jobs and improving commerce wherever it is supported. In fact, every $1 billion of investment in the nation’s public transportation infrastructure supports and creates 47,500 jobs and yields $3 billion in increased business sales.

In addition to public transportation, you can even further reduce your fuel costs and your contribution to smog pollution if you can arrange to work from home a few days a week. Maybe you can team up with a neighbor or family to do your shopping errands in one trip.

And if and when you are in the market for a new car, a hybrid or electric vehicle has very low or zero emissions and will save you a ton of money on fuel! They seem to be getting cheaper and more efficient with every new model.

Here’s how commuting wisely could make a difference for your family:

But perhaps the best reason to leave the car at home is that on a bus, train or carpool, you can sit back, read the paper and avoid the stress and headache of dealing with rush-hour traffic. And that’s not only sustainable for our planet, but also for your peace of mind!