Eggplants provide generous amounts of dietary fiber, potassium, manganese, copper and thiamin (vitamin B1). They are also a good source of vitamin B6, folate, magnesium and niacin.

Eggplants also contain phytonutrients such as nasunin and chlorogenic acid, the latter of which is one of the most potent free radical scavengers found in plant tissues. Chlorogenic acid is thought to be anti-mutagenic (anti-cancer), antimicrobial, anti-LDL (bad cholesterol) and antiviral.

Eggplants are among the few foods containing sizable amounts of oxalates. When oxalates become too concentrated in body fluids, they can crystallize and cause health problems. Therefore, anyone with sensitivity to oxalates or already existing and untreated kidney or gallbladder problems may want to avoid eating eggplant.

Lastly, folks with arthritis should limit their intake of all nightshade vegetables (which also includes tomatoes, peppers and potatoes). Researchers think there may be a connection between joint stiffness and solanine, the toxin in nightshades that makes them somewhat poisonous.

It’s a good idea to peel large-fruited or white varieties as they can be more bitter than the other types. Also, before cooking, you should do what’s called “sweating” your eggplant.

After washing, remove the top (and peel, if you choose to do so), then cut the eggplant into whatever size your recipe calls for and place it in a colander in the sink. Salt the eggplant lightly on all sides and leave it alone for 30-60 minutes. When time is up, place the eggplant slices on a paper towel or clean kitchen cloth. With a second cloth, blot off all the excess moisture which has formed, then use as directed.

Not only will sweating cut down on bitterness, but this technique will also prevent the eggplant from soaking up too much oil if you’re frying it. 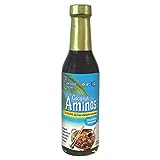 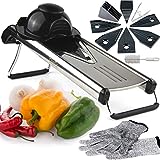 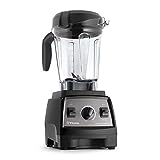