The dandelion is so much more than a bothersome weed in your lawn. Dandelion is thought to be originally native to the Central Asian region, but has become naturalized in many parts of the world, including North America because it literally “grows like a weed” in almost any soil and climate.

Throughout history, it has been known as food, medicine and drink. Once known in France as Dent de Lion (lion’s tooth), the dandelion (Taraxacum officinale) is mostly now known as a weed. Yet, at one time, the dandelion was so prized as a food and medicinal plant that it was intentionally brought to America by European settlers.

How to Use Dandelion

For the forager, there is not a part of the dandelion that needs to go to waste. In the early spring, before the flower buds have begun pushing up from the crown, dandelion greens make a special addition to meals, either raw in a salad or smoothie, or cooked in coconut oil, butter or bacon fat, like spinach. (The presence of the fat with cooked dandelions will make the nutrients in them even more bioavailable!)

Once the flowers begin to bloom and the leaves become bitter, you can pick them for eating or winemaking (recipe below). Dandelion flowers can be added fresh to salads and sautéed, fried or steamed with other vegetables.

The long taproot of the dandelion is generally dug when the plant enters its second year of life. Generally, roots are harvested in summer for medicinal purposes or in autumn for roasting and grinding into a chicory-flavored coffee substitute.

Dandelion seeds can be harvested throughout the year and are commonly taken as a supplement to heal the body of various ailments, as well as to grow next year’s crop.

The dandelion is part of Asian, Middle Eastern, European and Native American traditional healing practices as well as contemporary herbal medicine. Historically, dandelion had a diverse range of therapeutic uses but today’s herbalists mainly use it as an appetite stimulant and digestive aid.

The modern French name for dandelion is pissenlit, which pretty much means “wet the bed.” That is because the leaves can be a mild diuretic, helping your body remove excess water.

Dandelion leaves can be concentrated in teas and tinctures, and used to treat conditions affecting the liver, kidneys and gallbladder. Some research suggests that it may play a role in improving immune system function and promoting gastrointestinal health.

Dandelion seeds can be taken regularly as a preventative measure to help keep the liver healthy. They can also be used to help lower inflammation in the body, as well as help the liver to purify the blood. Dandelion seeds are said to help stimulate digestion through the production of stomach acids and enzymes, making it easier to digest fats and oils. 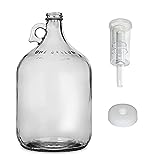 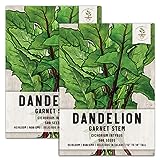