Late winter and early spring is when most gardeners start seedlings indoors and get the gardening season underway. Growing your own garden plants from seed is highly rewarding and can allow you to enjoy unique or heirloom species that are not found in garden centers.

However, fungus gnats and damping-off disease can stymie even the most seasoned gardeners and seriously affect the success of growing seedlings. But before you spend money on expensive chemicals, getting rid of fungus gnats is much safer and cheaper than you would expect.

Fungus gnats (Sciaridae spp.) are the most common houseplant pest, and are distinguished from Fruit flies (Drosophila spp.) because of their darker color. While fruit flies hang out primarily near fruit, rotten food and funky fridges, you’ll find fungus gnats in wet plant soil, in sewer areas, and in household drains.

They’re also attracted to CO2 (carbon dioxide) which is why they fly up right in your face.

Fungus gnat adults are about 1/8-inch long, spindly looking flies with long legs and long, thin antennae. They resemble tiny mosquitoes more than they do common flies. These tiny, black insects seem innocuous enough as they hop all over your plants.

But, while the adults rarely cause any problems, the young larvae will feed on the fine root hairs of your plants, causing them to lose vigor and develop yellow leaves. They can also tunnel into the base of cuttings or plant stems, which can be devastating for succulents, leeks, or onion seedlings in particular.

Fungus gnats search out moist soil in which to lay their eggs. The eggs are about 1/100 inch in length and laid in clusters. Larvae are translucent gray to white worms, about 1/4 inch long, with shiny black heads. These insects can infest a crop from wet, algae-covered areas in the garden, from contaminated potting soil or by flying short distances from plant to plant.

The easiest way to prevent fungus gnats is to water your plants properly. Overwatering, which causes your potting mix to remain moist for extended periods of time, attracts fungus gnats which seek out a steady supply of fungi, algae, and decaying plant matter for their larvae to eat.

If you allow the soil to dry out between watering, you can disrupt the availability of food for the fungus gnat, and make your soil less attractive to them.

Not only will controlling your watering help prevent fungus gnats, it will prevent the second most common problem for indoor gardeners: Damping off.

There is nothing more heartbreaking than saying goodnight to a tray full of robust, little seedlings and waking up to find them all knocked down and laying dead on the soil, as if felled by tiny lumberjacks in the night.

This condition is caused by several fungi such as Phtophtora and Pythium. These fungi are often carried by fungus gnats, and live at the soil line, where air meets the moist soil surface.

When your potting soil is kept continuously moist by overwatering, and your seedling roots are weakened by fungus gnat larvae, the damping-off fungi can easily infect your seedlings.

The telltale symptom is a constricted stem, near or below the soil surface. Once seedlings are infected, they tend to fall over dead, and must be replanted. There is no cure for damping off; it can only be prevented.

Potting mixes containing compost or peat moss seem to be particularly affected by fungus gnats and damping off. If the problem is reoccurring for you, think about switching from a peat-based soil mix to one that only contains perlite or vermiculite.

Because fungus gnats have a quick life cycle, it is important to reduce their numbers by using a combination of methods that control them both as adults and as larvae. Whether you choose physical controls and/or biological controls, there are a variety of affordable, safe choices for ridding your indoor garden of pesky fungus gnats and their plant-killing larvae.

Adults lay their eggs in the top 1/4 inch of moist soil. If you dress the top of your soil with a 1/4–1/2 inch of sand, it will drain quickly and often confuse the adults into thinking the soil is dry. You can use colorful decorator sand and have fun with this!

A good trap for both fungus gnats, and especially fruit flies, is to put out baby food jars filled halfway with apple cider vinegar or cheap beer with a couple drops of dish soap added to break the surface tension. Once you’ve filled the jars, screw on the lids, and poke several holes into them large enough for fungus gnats to enter.

Place these jars in areas where you are having problems with either fungus gnats or fruit flies, and they will dive into the vinegar and drown. Strain and reuse the vinegar until you have gained control of them.

Slice raw potatoes into 1-inch by 1-inch by 1/4-inch pieces. Place the slices next to each other on the surface of your potting media to attract fungus gnat larvae. Leave the potato slices in place for at least 4 hours before looking under them. (Be prepared to be grossed out a bit.)

Once you have seen just how bad the problem is, replace the potato slices every day or two to catch and dispose of as many larvae as you can, and consider adding additional control measures.

Make your own sticky trap by smearing Vaseline or Tanglefoot on a 4″x6″ piece of bright yellow cardstock, and place the card horizontally just above the surface of your potting media, where it will catch the adults as they leap from the soil. Set another trap vertically to catch incoming gnats, whiteflies, thrips, and more.

I often lay these traps on the edges of pots, or make little holders out of old, bent forks to hold them horizontally or vertically, as needed. Where to find pre-made yellow sticky traps and holders online.

Always wear a simple dust mask when working with DE: Inhaling any kind of dust is never a good idea.

DE contains microscopic shards of silica that physically shred any insect that walks through them, therefore it will not work in hydroponic gardens. But if you mix some into the top layer of infested soil—or better yet, into your potting mix before planting—it will kill any gnat larvae (and adults) that come in contact with it, as if they were crawling through crushed glass.

DE works the same way to kill fleas, bedbugs, slugs and other insects too, so don’t use DE to control fungus gnats in your compost bins. (Poor worms!) Where to find food grade diatomaceous earth online.

Mix one part 3% hydrogen peroxide with four parts water. Allow the top layer of your soil to dry, and then water your plants with this solution as you normally would. The soil will fizz for a few minutes after application; this is normal.

Contact with hydrogen peroxide will kill fungus gnat larvae on contact. After a few minutes the fizzing stops and the peroxide breaks down into harmless oxygen and water molecules. Repeat as needed.

Weak chamomile tea (after it has cooled) is another natural fungicide that is effective in preventing damping off, though it does not treat fungus gnats at all. Simply brew a quart of strong tea, let it cool, and add it to your 1-gallon watering can. Add more water to the can until full, and use whenever you water.

Cinnamon – Controls larvae and damping off

Cinnamon powder is a natural fungicide that has been shown to be particularly effective against damping off. It helps control fungus gnats by destroying the fungus that the larvae feed on. True Ceylon cinnamon, or Cinnamomum verum, will work best.

Simply sprinkle enough cinnamon to form a thick, visible layer across the top of your potting media, covering it completely, and repeat every few weeks, if needed. DO NOT use cinnamon to control fungus gnats in worm bins as cinnamon will kill your worms. Where to find cinnamon powder online.

Bacillus thuringiensis (Bt) is a naturally-occuring bacteria that effectively kills many types of worms, caterpillars, larvae and insects. There are specific strains of Bt called “israelensis” or “H-14” that specifically kill fungus gnat larvae. (Other varieties of Bt will not work for fungus gnats.)

Used extensively in organic greenhouses, Bt-i can work to stop fungus gnats where nothing else will, though it is a little pricey. Bt-i is safe for use in worm bins, and can help control mosquito larvae too. Where to find BT-i online.

There is a type of nematode, Steinernema feltiae, that can be used to drench the soil each time you water. These tiny worm-like creatures will enter the larvae of soil pests like the fungus gnat and release a bacterium which is lethal to it.

Nematodes work well, but they are expensive, and are best used on a large infestation of many plants, because they are hard to control in small quantities. Nematodes kill a variety of soil-borne pests, and are safe for use in worm bins, too. Where to find beneficial nematodes online.

Recommended in This Article 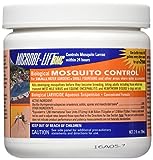 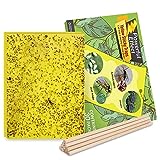 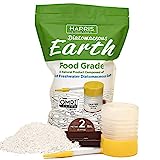 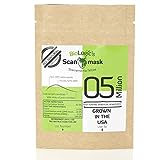