Dawn Gifford SmFootprintFamSmallFootprintFamilysmallfootprintfamily
35 Comments
5 Min Read
SFF may receive commissions from purchases made through links in this article. As an Amazon Associate I earn from qualifying purchases.
Jump to Recipe Print Recipe

Last week, I had a cut that got infected. Like, really infected. I thought I had cleaned it well, and even applied an over-the-counter “Neo-antibiotic,” but overnight, that cut developed a big, angry red ring around it, and became excruciating to the touch and full of pus.

It looked so bad and hurt so much, I feared I might have to go to the doctor for an antibiotic or even minor, outpatient surgery to open it up and clean it out. Here’s what I did instead…

Why Take a Systemic Antibiotic for a Local Infection?

I don’t know about you, but I dread the thought of dealing with the allopathic medical system, and I avoid it whenever possible. I also really don’t want to have to take an antibiotic, particularly since I’ve been on an intensive gut healing diet and supplement protocol for the past month.

An oral antibiotic is a systemic medication, and would have to circulate through my whole body just to get to the infection on my elbow. This would destroy all the hard work I’ve been doing to seal my leaky gut and build the kind of healthy gut bacteria that can help resolve my eczema and food sensitivity issues.

So I decided I would try home remedies for 24 hours and then re-evaluate whether I needed to see the doctor. The infection was so red, painful and oozy, I was skeptical that anything I tried at home would help that much, but I figured I had nothing to lose by trying for just a day—especially if it could potentially get me out of having to take those gut flora-killing antibiotics!

I mixed up a salve containing essential oils with known antibiotic and anti-inflammatory properties, and rubbed it into the wound every 3 hours until bed time.

By the time I woke up, the red ring had greatly diminished, the pain was almost gone, and the wound was visibly improving. I was frankly amazed, and decided the doctor wouldn’t be necessary. Whew!

After applying the salve every few hours for the next 72 hours, the cut no longer shows any signs of infection and is healing very well. Some of the skin around the wound dried and flaked off a bit, but this was harmless.

Better Than That “Neo-Biotic” Stuff

Give this DIY antibacterial ointment recipe a try next time you or your child gets a cut or scrape. It certainly seems to work far better than that store-bought “Neo-antibiotic.”

Just don’t use this on deep puncture wounds or open, bleeding wounds. And if your wound has an infection that doesn’t improve in a short time using this recipe, don’t hesitate to get proper medical attention!

This ointment features a mighty line-up of ingredients:

Whenever applying essential oils to your skin always perform a small patch test to an insensitive part of the body (after diluting the oil in an appropriate carrier oil.) 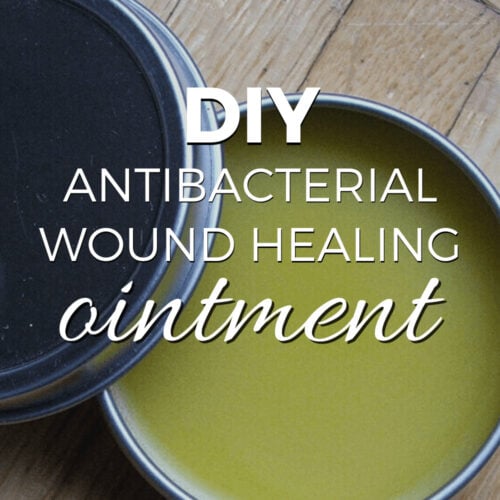 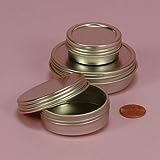 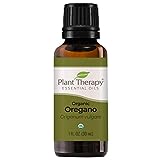 Why Eating Meat (or Eggs or Dairy) Won’t Kill You

Everything You Ever Wanted to Know About (25 Types of) Sugar