If you are aspiring to a healthier, greener life, and have been transitioning yourself or your family to a whole foods diet, or gradually eliminating the chemicals in your cleaning and beauty products, you have probably heard by now that fluoridated tap water is bad for you.

But why exactly are so many scientists, dentists, parents and concerned citizens worried about (and protesting against) water fluoridation? Isn’t that the stuff that keeps our teeth from falling out?

Ever wonder why most kids’ toothpastes have no fluoride? Because kids inevitably will swallow some paste, and fluoride is extremely TOXIC. In fact, eating a tube of toothpaste will kill a child (and seriously harm an adult), so be sure to keep any fluoride paste or mouthwash out of reach, just like you do with vitamins and medicines.

For me, this begs the question:

Why are we putting a toxic chemical that everyone agrees should never be swallowed into our food and water supply in the first place?

Most people don’t know that the type of fluoride added to water supplies, most toothpastes, and many beverages and foods is typically a waste product of the nuclear, aluminum, and phosphate (fertilizer) industries.

The EPA has classified fluoride as a toxin. Fluoride is so toxic that, in addition to being a primary ingredient in rat and cockroach poisons, pest fumigants and crop pesticides, fluoride is also an active ingredient in anesthetic, hypnotic, and psychiatric drugs, as well as nerve gas used by the military.

A recent study in the Lancet, the world’s oldest and most prestigious medical journal, has recently identified fluoride (alongside arsenic, lead and mercury) as one of eleven major neurotoxicant chemicals implicated in the pandemic of neurodevelopmental disabilities in children, including autism, attention-deficit hyperactivity disorder, dyslexia, and other cognitive impairments.

Under the U.S. Safe Water Drinking Act, it is illegal to dump fluoride in lakes, streams and oceans, but, for some strange reason, it’s OK to dump fluoride into our food and water supplies and then rub it into our teeth and gums twice a day. Hmmmmm.

Do we really want this stuff in our bodies at all, especially when safer alternatives exist?

How Did We Get Here? – A Brief History of Fluoride

According to journalist Christopher Bryson, author of The Fluoride Deception, getting large quantities of fluoride into the water and food system was the result of the massive public relations campaigns sponsored by industries who were saddled with getting rid of the toxic waste.

Fluoride is necessary for the processing or enriching of uranium. Much of the original proof that fluoride is “safe” for humans in low doses was fabricated in the 1940s by Manhattan Project A-bomb program scientists, who had been secretly ordered to provide “evidence useful in litigation” against defense contractors for fluoride injury to citizens.

The first lawsuits against the U.S. A-bomb program were not over radiation, but over fluoride damage. Their pro-fluoride propaganda was successful in convincing juries and the public that not only was fluoride safe, but that it was beneficial for kids’ dental health!

Fluoride was used by both Hitler during WWII and also by the Russians in attempt to make the population more docile. Fluoride is also a principal ingredient in many antidepression drugs such as Prozac because of its ability to numb the mind to a degree. And fluoride was key in the worst air pollution disaster in U.S. history in Donora, Pennsylvania that killed 20 people and hospitalized over 7,000 between October 26 and 31, 1948.

Because of the mind altering affects of fluoride, in the early 1950’s, the notorious spin master and father of advertising, Edward Bernays, continued the campaign for adding fluoride to water supplies as an experiment in engineering human consent! Then the ADA picked up on the dental issue and endorsed sodium fluoride’s addition to water supplies.

For the last several decades, any dissenting health professionals with studies and reports against fluoride were usually dismissed as quacks regardless of their credentials. Despite this, in 1999, over 1500 professionals at the US EPA, including toxicologists and risk assessment experts voted unanimously to oppose the fluoridation initiative in California because of the health risks involved.

But politics trumped science, and fluoridation was approved in most California municipalities anyway.

This 30 minute film lays out the history of fluoridation and some of the evidence of its harm.

Fluoride’s Effects on Your Health

The fluoride used for water fluoridation does not have FDA approval and is considered by the FDA as an “unapproved drug.” The proper use of any drug requires both informed consent, and an understanding of how much is too much. As they say, the dose makes the poison.

Knowing this, it is actually unethical to fluoridate water, because it basically amounts to giving an unapproved, “one-dose-fits-all” drug to an uninformed general population, without any consideration of the medical history, other exposures to fluoride, age, weight, or lifestyle of the individuals in that population. (This is the main reason fluoridation is banned in much of Europe.)

But the situation is actually worse than just “one dose fits all.” Since fluoride is already in many foods and beverages, in addition to tap water, it is estimated that we’re regularly receive 300% or more of the American Dental Association’s recommended daily amount. So this essentially means that we are overdosing on an unapproved drug with known harmful effects.

Generally, most fluoride entering the body is not easily eliminated and tends to accumulate in the bones and teeth. Recently, it has been discovered to accumulate also in the thyroid gland as well as the pineal and pituitary glands, located in the middle of the brain.

And if you have kidney problems, it is well known that you must avoid fluoride and fluoridated water at all costs, or risk life-threatening consequences.

The most common and obvious consequence of fluoride accumulation is dental and skeletal fluorosis which permanently stains and pits teeth and bones, and leaves them brittle.

According to the Centers for Disease Control, a whopping 41% of American teens between ages 12–15 now have disfiguring dental fluorosis. Yet, the American Dental Association continues to promote fluoride, refusing to admit that instead of preventing tooth decay, fluoridation is causing even more dental harm.

But even the Environmental Protection Agency is concerned about fluoride in our water. In 2011, the EPA recommended significantly lowering the allowable fluoride in tap water following a revised risk assessment study that found 2 out of 5 adolescents had tooth streaking or spottiness and some pitting as a result of excessive fluoride.

The flood of fluoride in water and food also creates other more serious health problems that are not widely publicized—even suppressed. Nevertheless, in addition to fluorosis, independent labs and reputable researchers have linked the following health issues with daily long term intake of fluoride:

As far back as 2005, “the heads of 11 EPA unions, including those representing the agency’s scientists, demanded that EPA reduce the permissible level of added fluoride in water to zero, citing research suggesting it can cause cancer. Other studies have pointed to neurotoxicity and hormone disruption from excessive fluoride.”

In fact, the most recent Harvard study showed that fluoride can impair the neurological development and lower the IQ in children!

The dangers of water fluoridation seem to be vast and grim.

You might be worried about how removing fluoride from our drinking water or toothpaste might affect our teeth. But you do not need to be.

All of the recent large-scale studies of water fluoridation have shown that there are no positive effects from the practice. According to statistics from the World Health Organization, the tooth decay rates of countries which do not fluoridate their water supplies are just as low, or even lower, than those countries which do.

Further, several studies published since 2000 have reported that there has been no increase in tooth decay rates noted in communities which ended water fluoridation.

Fluoridation is illegal, banned or not used in an overwhelming number of countries, including many industrialized countries. Despite pressure from the dental industry, 97% of western Europe has rejected, banned, or stopped water fluoridation due to environmental, health, legal, or ethical concerns. And yet, their children’s teeth are just as healthy as children’s teeth in the U.S. In fact, in many parts of Europe, they are healthier.

The good news is that the voice of concerned, unbiased science is beginning to overwhelm the voice of pro-fluoride industry propaganda. For example, in November 2006, the American Dental Association actually advised parents to avoid giving fluoridated water to babies or using it to make formula.

DO NOT GIVE FLUORIDATED TAP WATER TO BABIES OR USE IT TO MAKE FORMULA!

Increasingly, more and more dentists and dental students are examining ALL the evidence for themselves and changing their minds about fluoride, mercury fillings, BPA sealants and other highly toxic dental materials. And, as a result, it is getting easier to find non-toxic dentists that will help you protect your and your children’s teeth without fluoride.

Fluoride can be found in tap water, bottled tap water brands like Dasani, Aquafina, or Nestle Pure Life; soft drinks, juices, teas and foods made with tap water; vitamins; non-organic produce; non-organic poultry; and of course, toothpaste and mouthwash. (Is it any wonder we are getting too much?)

One way to avoid fluoridated water is to buy spring water from a water service, but this is not always economical or environmental. Buying a filter that can remove fluoride from your tap water is the more cost-effective choice over the long term. You can even buy a whole-house filter and have fluoride-free water for cooking, drinking, bathing and toothbrushing!

How You Can Help Stop Water Fluoridation

Here are some things you can do to fight fluoridation in your city.

Contact your local environmental agency and express opposition to water fluoridation, or request a fresh investigation into the science behind fluoridation. Many areas continue to fluoridate their water supplies simply because that is what they have always done. But gaining a fresh perspective from an independent fluoride investigation committee can be an effective solution for reforming public consensus on the fluoride issue.

This approach was successful in Juneau, Alaska, where a fluoride commission was established specifically to study the science behind fluoride and compile a report for the city council to review. Based on the commission’s findings, it was recommended to the council that the city stop fluoridating its water supply, which went into effect in 2007.

Hand out fluoride information to your friends, family, neighbors. Most people have no idea that the fluoride added to their water has been designated by the U.S. EPA as a toxic waste product responsible for causing bone fractures, dental fluorosis, and other conditions. They also probably do not know that the official Material Safety Data Sheet (MSDS) for sodium fluoride lists the chemical as carcinogenic, mutagenic, and toxic to bodily organs and the reproductive system.

You can access a wealth of information about the dangers of fluoride, which you can share with those around you, at: http://www.fluoridealert.org/

In addition, you can: 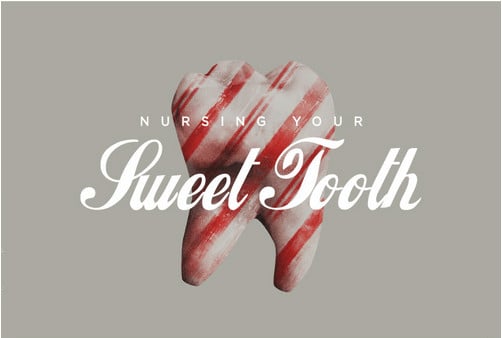