When I arrived in Seoul, South Korea almost 18 years ago, on my very first trip abroad—a teaching and traveling tour—I was shocked to discover that food was growing everywhere.

Squashes in pots climbed the side of gas pumps, peppers and cabbages grew in the downtown public landscaping beds, bitter melons scrambled up trellises in front of stores, shiso and other herbs bloomed on rooftops—almost anywhere one could squeeze in a container of soil, you’d find food growing. It was a gardener’s paradise!

I later learned that one of the reasons for this, aside from a desire for self-sufficiency and a love of kimchi, is because South Korea is very mountainous and has relatively little arable land compared to other countries, so food security is a national concern.

South Korea also has not been completely overtaken by processed, packaged foods like America, and still has a rich culinary tradition that depends on fresh produce, locally caught seafood, and traditional food preparation methods like lacto-fermentation.

One of the things I enjoyed most when I was traveling in South Korea was sampling all the different foods available in different regions of the country. Every town I visited had large all-week outdoor markets with tables overflowing with regional, exotic fruits I’d never heard of before, chili peppers and cabbages, whole pigs’ heads, a dizzying variety of squid, bottles of ginseng and jars of fermented vegetables with chili paste, known as kimchi—a national staple.

I would wander through the markets almost every day, exploring new sights and smells and picking up what I needed for that night’s dinner, which I cooked over a little propane stove. At just 26 years old, living this way felt so grown-up, so cosmopolitan!

Exploring a Culture Through its Food

Sometimes eating in South Korea was a real adventure. Most meals are accompanied by chef’s choice of banchan, which are kind of like tapas, or small, shared side dishes. Usually banchan consist of 3-5 different types of fermented or seasoned vegetables, but during my first week in Seoul, still jet-lagged and overwhelmed with culture shock, my server delivered a little bowl of tiny live crabs, wriggling around in a bed of thick chili paste.

Needless to say, that was more than my horrified and horribly provincial American palate could handle, and I left them squirming on the table, as I finished the rest of my meal squirming in my seat!

But after living and working in Seoul for several months, and getting relatively comfortable navigating the food markets, grocery stores, and short-order restaurants, I had not only acquired a taste for the ubiquitous chili paste and red-bean-filled desserts, I was ready to venture out to see what diversity of culinary delights the country had to offer.

Traveling back and forth across the country by train for few remaining months before my visa expired, I quickly learned that bibimbap (a traditional dish made with meat, rice, vegetables and chili paste) made in the north had very different ingredients than bibimbap made in the south. Bibimbap remains one of my favorite dishes ever.

Kimchi varieties were as numerous and diverse as the towns I visited, often reflecting regional crop varieties, season and climate.

Some parts of the country had more Buddhist influences, and many restaurants were vegetarian or vegetarian-friendly. Other regions didn’t understand why anyone wouldn’t eat meat or seafood (or SPAM!), and specialized in a delicious and uniquely Korean form of barbecued beef known as bulgogi.

Visiting a country that has maintained a varied and vibrant traditional food culture really gave me a sense of all that we have lost in America. After all, I live in a country 100 times the size of South Korea, where you can drive coast to coast and get a Whopper or a Grand Slam breakfast in just about every city in the nation, and never once get a sense of what makes each of our 50 states special or unique. How sad!

One of These Things is Not Like the Other

As a young, American woman traveling alone, I stood out ridiculously everywhere I went, so I was fortunate to receive a lot of invitations to eat.

Most Koreans were hospitable, curious people who seemed to enjoy feeding me (and watching my reactions with much amusement). Between their broken English and my even-more-broken Korean, we would share a bottle of soju and some banchan, and try to make sense of each others’ worlds.

At times (when I wasn’t wrestling with understanding train schedules written with Korean numerals or trying to find a pain reliever for a migraine), it felt like a magical first trip abroad—and it was magical, from a food and culture standpoint anyway.

Because of my experience in South Korea, sampling the different foods available around a country has become my favorite access point for connecting with and understanding a culture whenever I travel anywhere.

This is why when I was given a copy of And Here We Are at the Table – Grain-Free Meals from Around the World to check out, I was so excited. I get a lot of cookbooks to review, but this particular one was different because it was written by another person who enjoys exploring the world via food and culinary traditions, too.

But once I opened it, what I discovered inside blew me away…

And Here We Are at the Table is not your typical grain-free cookbook. Each of the 80 beautifully-photographed, international recipes reflects not only Ariana’s experience living and cooking in several different countries, but also her deep love of gathering around a delicious meal with friends and family.

Like my experience in South Korea taught me, this book approaches mealtimes as an opportunity for good conversation, connection, and revival—no matter where you are eating or with whom you are sharing your table.

But And Here We Are at the Table is much, much more than an international cookbook. It’s also:

To give you a literal taste of what this masterpiece offers, I’ve included one of my favorite recipes from the book, below. But I strongly encourage you to check out the book in greater detail to see just what I’m talking about—including many more photos, recipes and stories.

I mean, just look at how beautiful this book is…

If you like good traveling stories, and enjoy well-seasoned, tasty whole food meals from around the world, you really don’t want to miss this book. 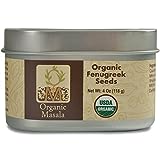